How to manage drought in the countries of the Danube Region?

DHMZ, 8 June 2017 − The first national presentation of the international EU project "DriDanube - Drought Risks in the Danube Region" and briefing seminar were held at the House of Europe, Augusta Cesarca 4, Zagreb, on Friday, 2 June 2017. The event was organised by the Meteorological and Hydrological Service (DHMZ) as the project partner from Croatia.

The conference was divided into two parts. The first part comprised the presentation of the project and the current drought management situation in Croatia, along with strategies and tools currently in use. The second part comprised lectures about the impact of drought, as one of the expected results of climate change, on agriculture, and about the drought adaptation tools that have so far been applied in Croatia.

Droughts and water shortages are increasingly affecting the countries of the Danube region, with negative impacts on the economy and the well-being of the citizens. DHMZ experts have been working on drought research for years and have taken part in several international and domestic drought and climate change research projects (DMCSEE, EURO-AGRIWAT, CARE...). Krešo Pandžić, PhD, Deputy Director and drought researcher, delivered the opening speech.

The main objective of the DriDanube project is to increase the capacity of the Danube region to manage drought related risks. The project aims at helping all stakeholders involved in drought management to improve the drought emergency response and prepare better for the next drought. Ten countries are involved in the project. Project partner from Croatia is DHMZ and its associated strategic partner is Ministry of Environment and Energy (MZOE). Ksenija Cindrić Kalin, MSc, DriDanube project coordinator for Croatia, presented the activities and expected project results, with special emphasis on the activities to be implemented in Croatia.

The MZOE is the water policy leader in Croatia. The MZOE's Directorate for Water Management performs administrative and other activities related to: water management; monitoring and adaptation of water management development to the needs of the overall economic development of the Republic of Croatia. Irrigation is one of the measures that can be implemented to minimize and in some areas completely avoid drought damage. Elizabeta Kos, Assistant Minister of Environment and Energy in charge of water management, spoke about the implementation of National Project of Irrigation and Land and Water Management in the in the Republic of Croatia.

The second part of the conference was opened by Ivan Danjek, PhD, Assistant Director of the Advisory Service and agronomist, who delivered a lecture on mitigating the impact of climate change, on agriculture as the most drought vulnerable sector.

Drought is also extreme hydrological phenomenon. The number of published scientific papers on drought analysis in Croatia is relatively low. That was the main motivation for Professor Lidija Tadić, PhD of the Faculty of Civil Engineering in Osijek and her colleagues to do a drought analysis for continental Croatia, where agriculture is an important industry, and where droughts have been causing severe damage in recent years.

One of the ways of adjusting the crops to the drought is their breeding to increase their tolerance to the drought. Mirko Jukić, PhD of the BC Institute talked about corn breeding for drought tolerance.

VITCLIC, a scientific project focused on the impact of climate change, including drought, on viticulture kicked off in mid-April. Maja Telišman Prtenjak, PhD, Assistant professor of the Department of Geophysics, Faculty of Science in Zagreb presented more information about the project and project activities.

The conference was concluded with a discussion moderated by Višnja Vučetić, PhD, Head of the DHMZ's Agrometeorology Department and the President of the Croatian Agrometeorological Society. The discussion was focused on experiences and views on drought management and on improving drought response in Croatia.

The DriDanube project is financed from the Interreg Danube programme in the amount of 1 974 750 € and it will last for 30 months.

The drought national workshop is planned in the second half of 2018, when the education for the end users and stakeholders will be provided.

The programme and the presentations from the workshop are available here. 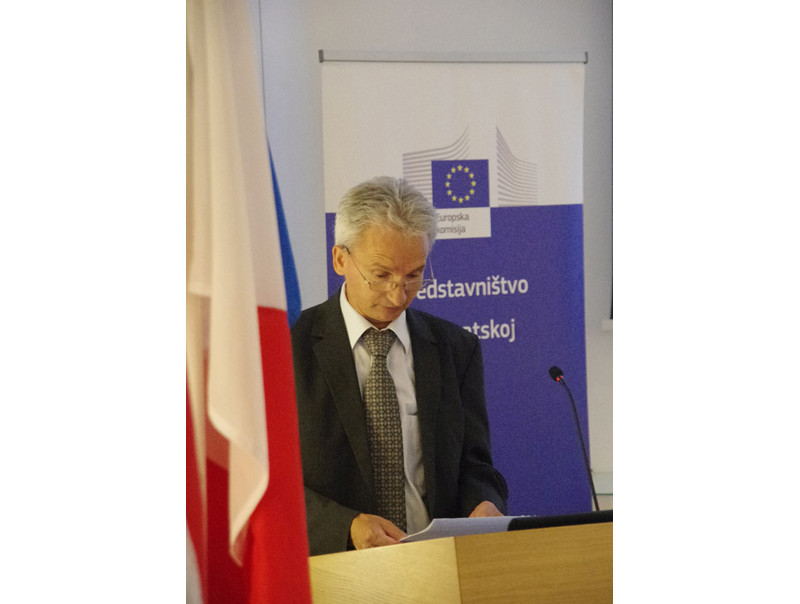 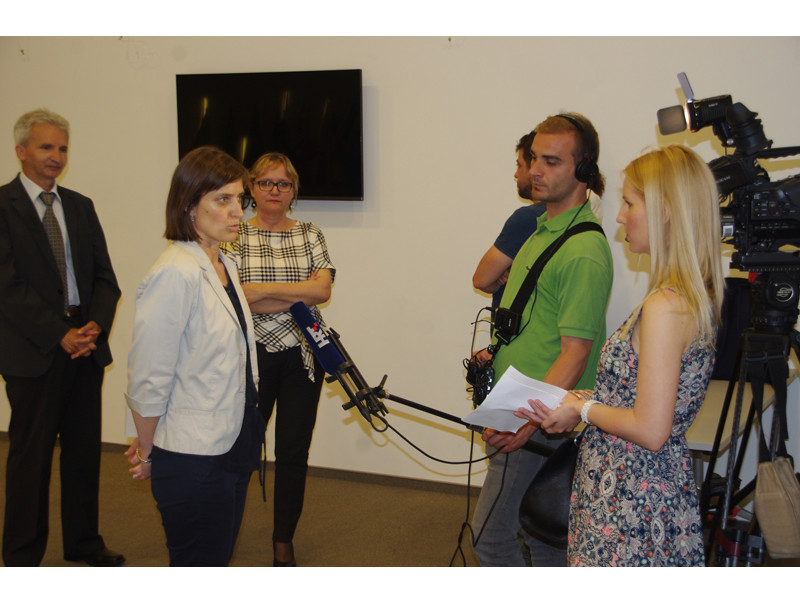 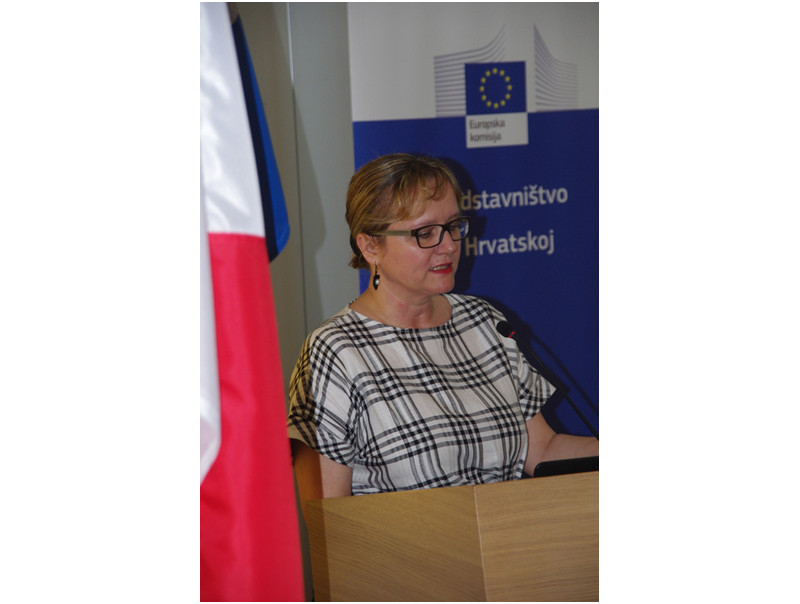 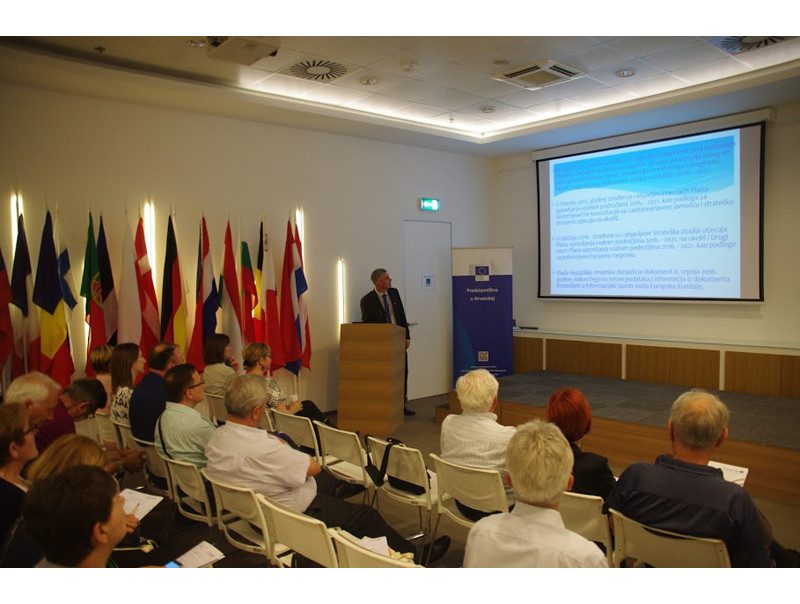 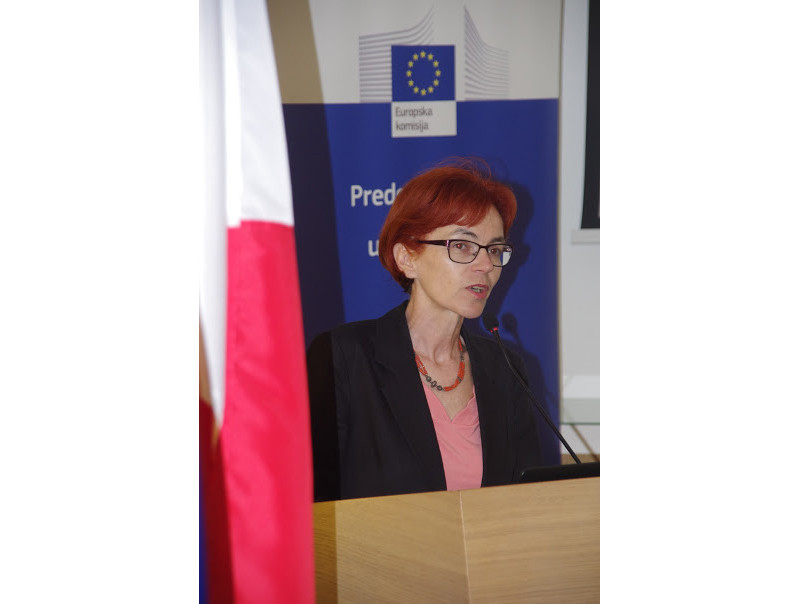 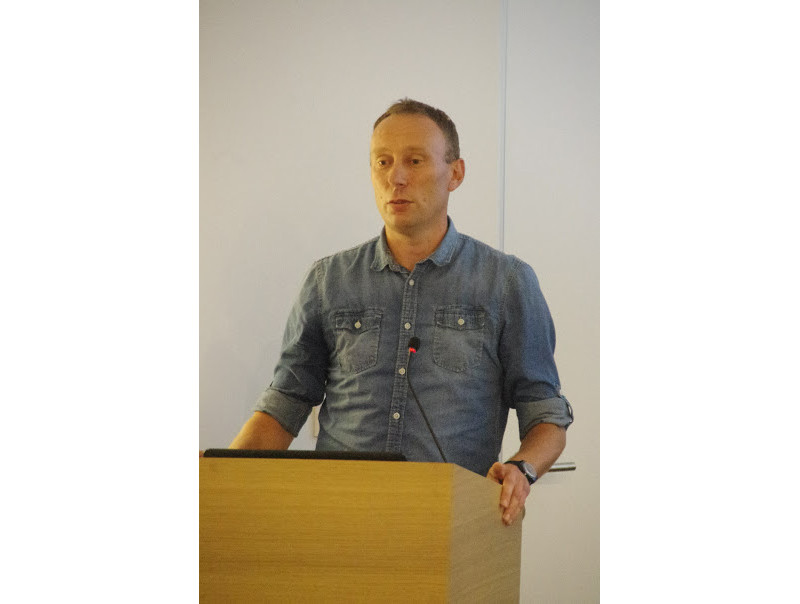 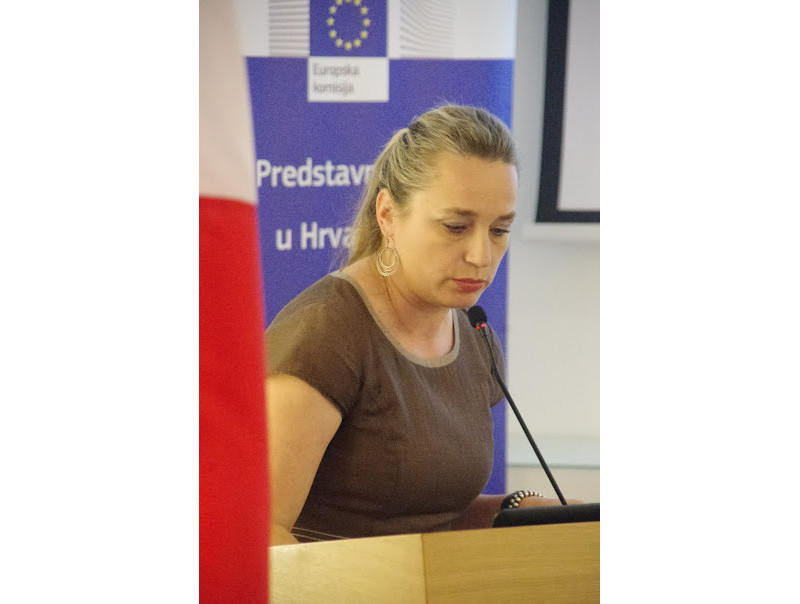 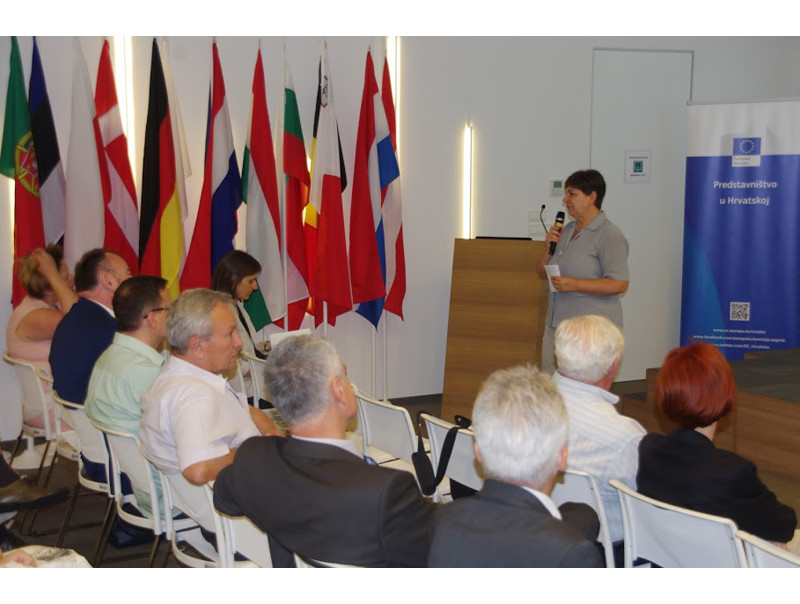 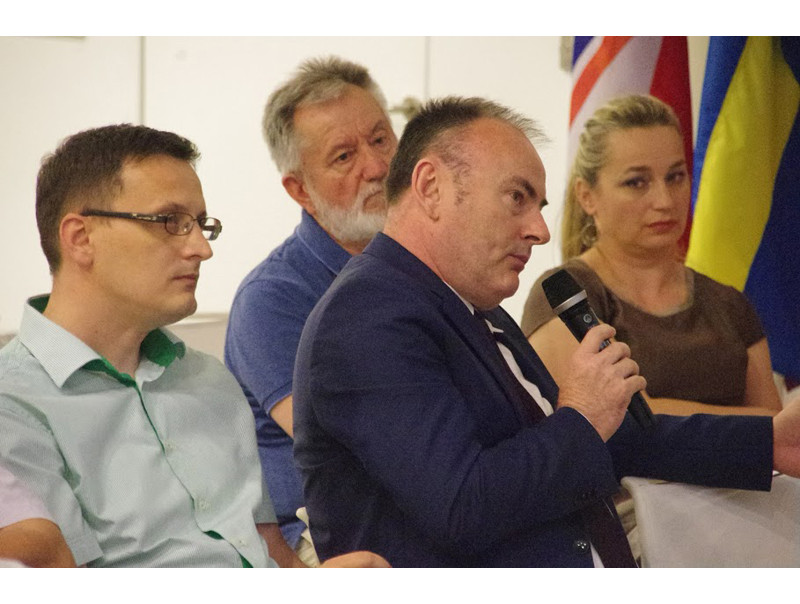 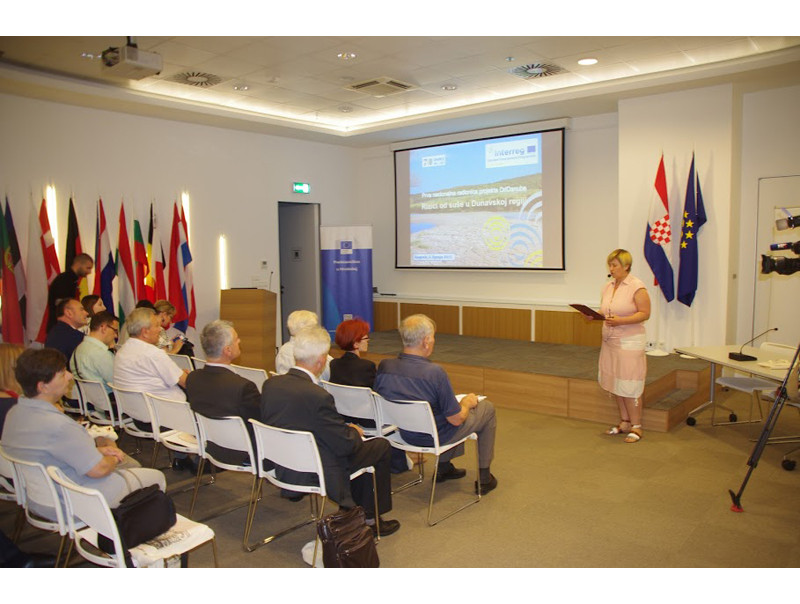 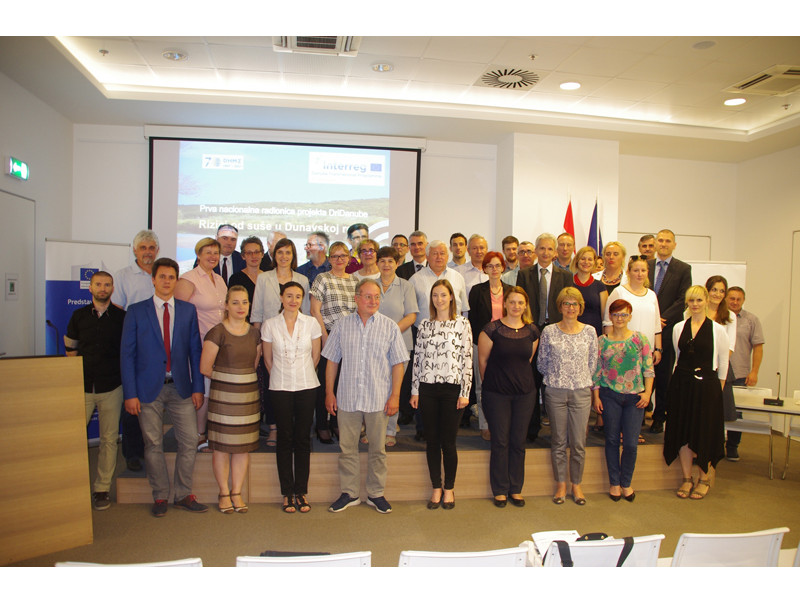